Aging Aircraft-How old is too old? 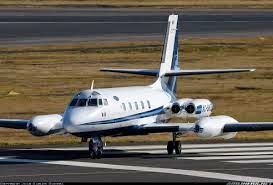 Two thirds of the aircraft’s value can be attributed directly to the chronological age of the aircraft.  The remainder becomes the value of the engines and maintenance.  At the 20 year point plus or minus, most planes are at the portion of their life that a majority of their value is in the last third category of engine and maintenance being the main driver of value.  A well maintained plane therefore brings top dollar and continues to operate.  But is that the end of the story?
There is another portion of the story and that is in the science of predicting failures.  The inspection process is designed around the philosophy of finding issues prior to them becoming flight critical.  In the most simplistic form, if a crack forms at a certain point in time during testing or actual in-service use, inspect a proper interval prior to the crack to ensure no safety of flight issues.  There are hard time inspections, on condition and those that are monitored.
The bathtub curve for failures becomes of interest.  Basically, it states that after the burn in rate/infant mortality, that products fail at a normal rate up until the wear out phase.  Modern production methods have significantly reduced the burn in/infant mortality portion of the curve.  All components do not wear out at the same time leaving multiple components having different aging curves. However, ultimately, all components are subject to wearing out.
But, as history has proven, can we really predict all of the possibilities?  Even with fail safe design philosophies, there are numerous accident and incidents that have failed to predict a critical failure due to the location of the issue.  Some are related to hours and cycles, some are related to the environment the aircraft has been operated in, and a few are related to the aircraft just being old.  The FAA, as part of its aging aircraft program, has stated that inspection programs may not prevent some of these issues.
Unfortunately, many of the items that can become flight critical are hidden and can be in areas that we do not have good methods of detecting.  Corrosion in certain areas deep inside joints or fatigue cracks that promulgate quicker than previously thought are just a couple of examples.
Perhaps one of the harder ones to predict is the health of the wiring in the plane.  Studies have shown that vibration and jostling of wire bundles over time can cause cracking in wires and their protective casings.  Common areas are around clamps and in areas where after time the wire bundle starts to rub against the airframe or another component.  (Note, wires rubbing against these places are not by original design but could result in years of bumps and bundle movement.)  Inspections may actually have an influence on the increase of wire issues as the bundles are moved around inspecting other areas of the aircraft.  There are also those wire bundles deep in the plane that would be nearly impossible to inspect.  There are efforts to find methods of determining the health of wires but so far none are accurate enough.
So, how old is too old?  No one really knows.  It can vary within the same aircraft model and type.  There are many variables and many of them outside of detection that can influence the reliability of the plane.  I would suggest that when the plane’s intrinsic value is primarily in the engines and maintenance portion of its life that you have reached the point of diminishing returns.
Mike McCracken
President
Hawkeye Aircraft Acquisitions
Office 727 796 0903
[email protected]
www.hawkeye-aircraft.com
“Jets without Regrets”
Category: BloggerBy Mike McCrackenMarch 2, 2015Leave a comment

Does Complying with the Aviation Alphabet Soup make you any SAFER?
September 10, 2015

Private Aviation versus Business Aviation–What is the Difference?
May 4, 2015